Faiz Rahman was born & raised in a Muslim home in Calcutta, India. He found the joy of Salvation in Jesus Christ while he was in High School at the Assembly of God Church School in Calcutta under the ministry of Missionaries Mark and Huldah Buntain. Faiz finished High School with top honors academically including serving as the Student Body President. He then enrolled at Bethany University in Santa Cruz, California where he was listed three times in WHO’S WHO AMONG STUDENTS IN AMERICAN COLLEGES AND UNIVERSITIES. He was also elected to serve as Student Body President of Bethany College. He continued on to get a MASTER’S DEGREE IN CHRISTIAN EDUCATION from Golden Gate Theological Seminary in California, before returning to Calcutta, India to work under Dr. Mark Buntain. While serving as Associate Pastor to Dr. Buntain, Faiz’s ministerial duties included directing eleven village schools, Youth and Music Ministry and extensive Evangelism. His preaching ministry has taken him to many countries of the world including Dr. Yonggi Cho’s work in Seoul, Korea. 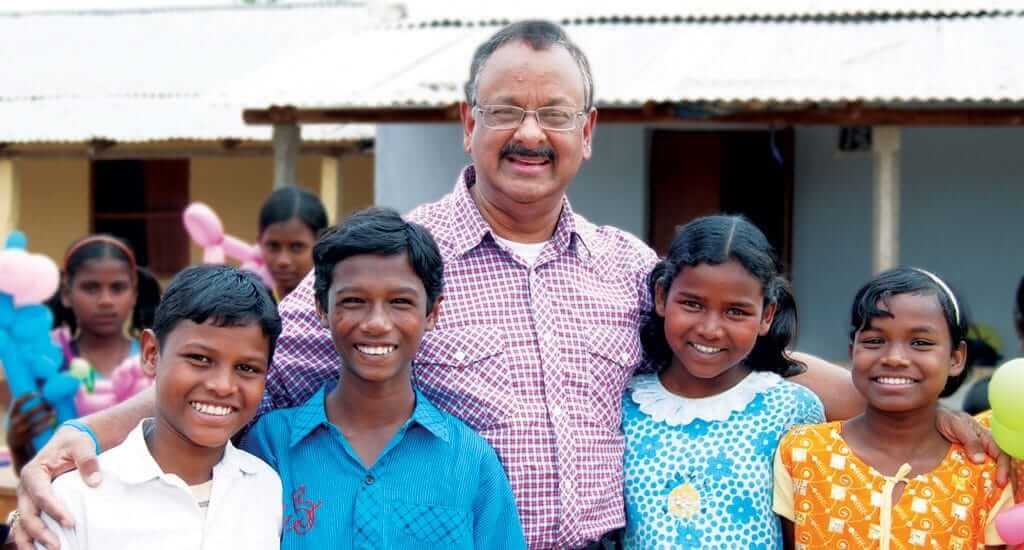 Faiz returned to the United States of America in 1984 to complete a MASTER’S DEGREE IN DIVINITY from The Assemblies of God Theological Seminary (Student Body President) and a DOCTORATE IN MINISTRY from Midwestern Theological Seminary in Kansas City, MO. From 1990 until 2000, he pioneered Evangel Assembly of God Church in Houston, TX. In 1996, he organized and set up the Christian Education Foundation — a non-profit organization that sponsored and trained Bible College Students for full time ministry in 23 countries around the World. He served as its Overseas Director for three years. From the spring of 2000 until the fall of 2002, Dr. Rahman served as the President/Academic Dean of Phoenix First Pastors College under the leadership of Pastor Tommy Barnett and Phoenix First Assembly of God Church in Phoenix, Arizona.

On April 17, 2012, after 35 years of marriage, Dr. Rahman’s beautiful wife Joy went to be with her Lord and Savior following a battle with cancer.

In October of 1998, Dr. Rahman began an outreach to the destitute children of Southern Asia and operates centers in North India, where children are fed, housed and educated. This includes a remote tribe who has been, until recently, a violent, marauding, primitive tribal group. Our two Dream Centres in north India near the Nepal border are dedicated to rescuing “High-Risk” girls ages 4-18 who were in danger of being sold into brothels. But now they have a hope and a future. We have nearly 50 girls who will never be trafficked into the sex markets of India.

Good News India also operates a Leper Colony called “City of Refuge” with 50 adults and their 110 children/grandchildren. Very few ministries are reaching out in a concerted and strategic effort to minister to the many hundreds of lepers that live a miserable existence in Orissa and West Bengal. Good News India feeds/clothes/medicates about 350 lepers in 4 different areas. Our City of Refuge~Ashroi Kendra includes an on-site school for the children and grandchildren of lepers which has become the best in the area.

Interested individuals and organizations can rescue a child from indentured servitude for CA$40 per month or help with Capital development funds. Out of this Children’s work, new churches are being planted and pastors appointed to build the work of God on an ongoing basis. In spite of much hostility and resistance, the work is pressing on for Jesus. Dr. Rahman also conducts Youth Conventions twice a year in strategic areas of North India that has seen tremendous results thus far. Dr. Rahman welcomes opportunities to present his ministry which is seeing the favor of God. He will bless and challenge your congregation.

THE GNI DIFFERENCE IS THAT MOST OTHER CHILD CARE MINISTRIES PROVIDE ONE MEAL AND ONLY 4 HOURS OF CONTACT WITH THE CHILD (DAY CARE PROGRAM). NIGHTS/HOLIDAYS/WEEKENDS, THE CHILD IS BACK IN PAGANISM. SECOND, THE CHILD IS RELEASED AFTER TENTH GRADE. GNI OPERATES A 24/7/365 RESIDENTIAL PROGRAM WITH A FAR GREATER INFLUENCE UPON CHILDREN. GNI IS ALSO COMMITTED TO SEEING OUR CHILDREN THROUGH COLLEGE OR VOCATIONAL SCHOOL TRAINING.

Dr. Rahman comes as a Pastor/Teacher with a heart for Revival and Renewal among the people of God. He brings together a rich blend of Academic accomplishments and practical ministry to speak a relevant word to our generation. His heart continually beats in a great commitment to the Great Commandments and the Great Commission.