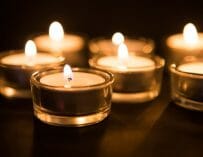 Good News India is grateful for memorial gifts in memory of a family member or loved one. As we seek to expand and bring help and healing to more neglected children and those afflicted with leprosy, we have many projects, large and small, that would be appropriate for any size gift. Smaller gifts could be used to install deep tube wells, or for ongoing expenses with maintenance and replacement needs in kitchens, bathrooms, septic tanks, and roofs. Larger memorial gifts ($10,000-$100,000) can be used to purchase uniforms, casual clothes, school supplies, or to buy property and put up new buildings to house these precious children until Jesus comes.

Gifts have been given in memory of: 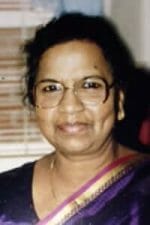 Grace Martha Paul, beloved wife of Danny, mother of Lalitha and Vinitha and grandmother of Priya, Vanessa, Jack, Daniel and Joseph, went home to be with her  Lord and Saviour on March 13, 2019.

Grace was born in Calcutta, India and was raised by her parents, Robert and Mary Charles, in the church. She was the fifth of eight siblings and was the last one left from that generation. Her younger days were filled with secretarial work, singing duets with her sister, Dolly, at the Full Gospel Church and for Youth for Christ, and later in the choir at the Assembly of God Church under Mark & Huldah Buntain.

She met Danny in that choir. There was no dating per se. An understanding developed between Grace’s family and him and on January 11, 1961 they were married.

Because of Danny’s position as a station manager with Swissair, they travelled all over the world. Grace had fine taste in clothes and was often seen decked out in a new sari, bag and matching shoes.

On Dec 24, 1969 their plane touched down in Toronto and a whole new immigrant life began for them. She adapted to the harsh climate and cultural differences. Grace did what she had to in order to make a life in Canada. Without the household servants she had in India, Grace had to find a job and cook and clean for herself! In order to land a job she even donned a skirt suit which meant showing her legs. No small thing for an Indian lady at that time!

They moved north of Toronto to the country so that life could be more wholesome for the family. She commuted to Toronto for 30 years choosing an early start time so she could come home sooner to cook and care for her family.

Grace sang in the Parkside and Cedarview Church choirs from time to time, was involved in Gideons, knitted, and cooked for countless house parties. She loved to entertain and was a skilled hostess! Even with all these involvements and activities her main purpose and duty was to her family.

Grace retired from work at the Ontario Housing Corporation in 1995. She and Danny enjoyed travelling, once again, with trips to India, Australia, a Caribbean cruise and many Gideon Conventions across Canada. Grandkids took up an enormous place in her heart. She prayed for them faithfully right to the very end. The night before she passed she asked about each one by name.

Even though her mind was ravaged by Alzheimers, Grace could sing every verse of the good old hymns and quote several of her favourite Scripture verses.

Grace had a wonderful smile, a sharp wit and an unwavering love for her Lord and Saviour. 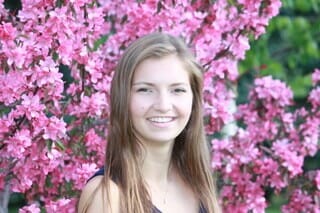 Fun loving and beautiful, 21-year-old Charlene Kroeker went to be with her Savior on February 2, 2018, following an automobile accident in Edmonton, Alberta, Canada.

Charlene’s faith was the source of her passion to help others. That is why she was studying to be a Registered Nurse.  She relished the opportunity of helping others when they were at their lowest or in need.

A memorial playground is being installed in her name at the Nabrangpur Good News India Dream Centre in the State of Odisha. It will provide years of enjoyment for 120+ children who have been rescued from a life of bonded servitude in eastern India. 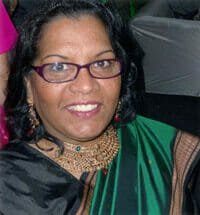 After a hard-fought battle with cancer, Rowena David went to be with her Lord and Savior, Jesus Christ, March 5, 2013. She was ushered into the presence of God surrounded by her family and loved ones singing songs of praise and scriptures.  While we are saddened by this loss, we rejoice because we know she is seeing her King face to face.

Those who will miss her most are her loving husband Noel, daughter Shireen, son Andrew, his wife Michelle and their daughter Isabella.  Dr. Rahman’s wife Joy was Noel’s beloved sister and their families have been especially close over the years. 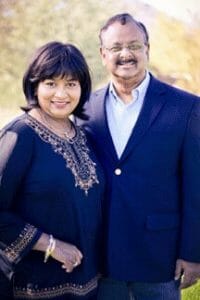 Thousands will miss her greatly but none so much as Faiz, her husband of 35 years, daughter Cortessa and son Timothy, their son-in-law Barry and daughter-in-law Kristin, respectively, and their four little grandsons, Jaden, Liam, Hudson and Ronan. Joy was also dearly loved by her brother Noel David, his wife Rowena and many extended family members, countless friends, a loving church at Phoenix First, hundreds of music students and co-workers at St. Theresa’s School. More than 2000 children in India looked forward to her every visit and will always remember her.

Donations have been made
IN MEMORY OF: